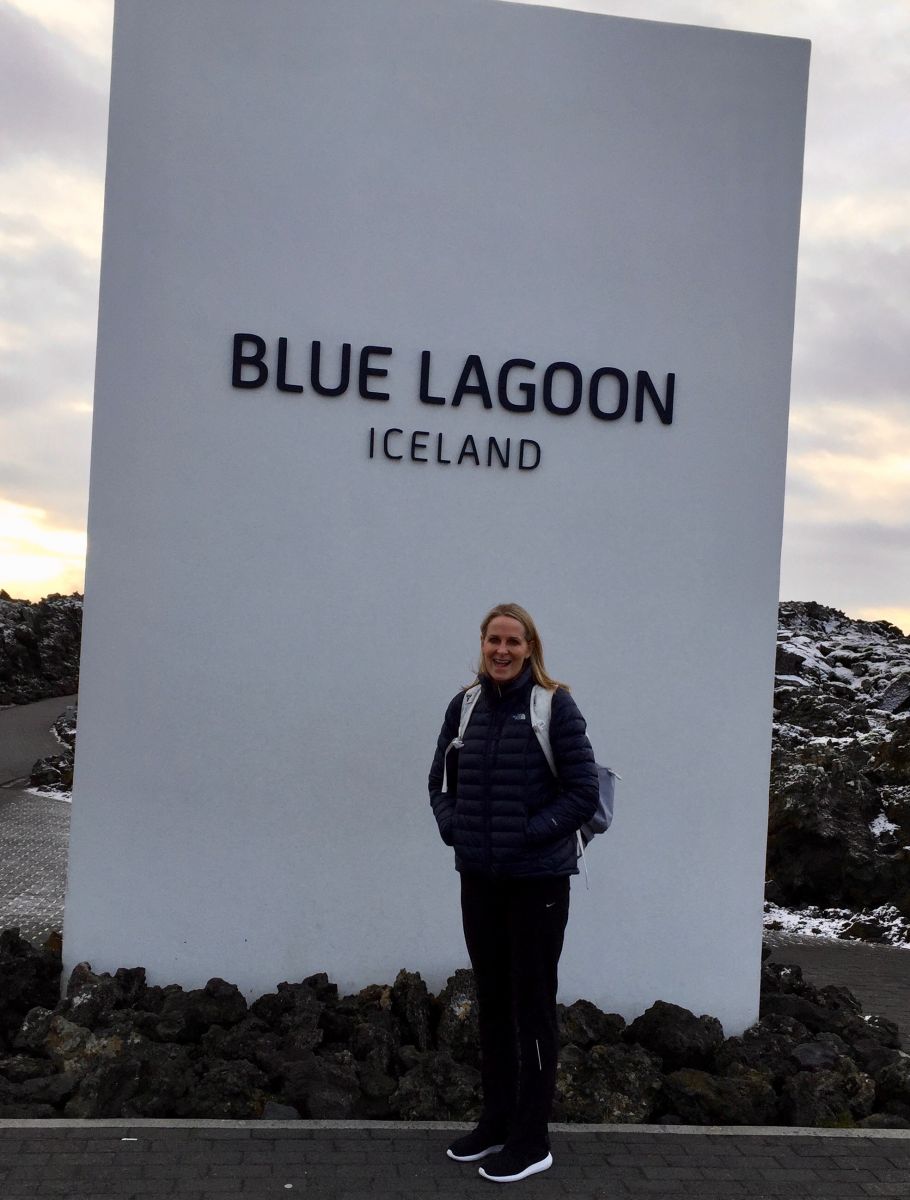 Europe  March 2017 was all I hoped and more!  The adventure began in Iceland, continued on to Copenhagen, Denmark and concluded in Athens, Greece for the Cup Finals!  I was lucky enough to have my friend Kristy join me so I didn't travel alone!   We had the opportunity to see amazing country, reconnect with old friends, make new friends and of course spend time with my awesome athletes!!

We landed in Reyjkavik early Tuesday morning and thanks to my beautiful friend Bryndís Gunnlaugsdóttir, we spent the morning at the famous Blue Lagoon!  Cross that off the bucket list!  Relaxed and refreshed, we h 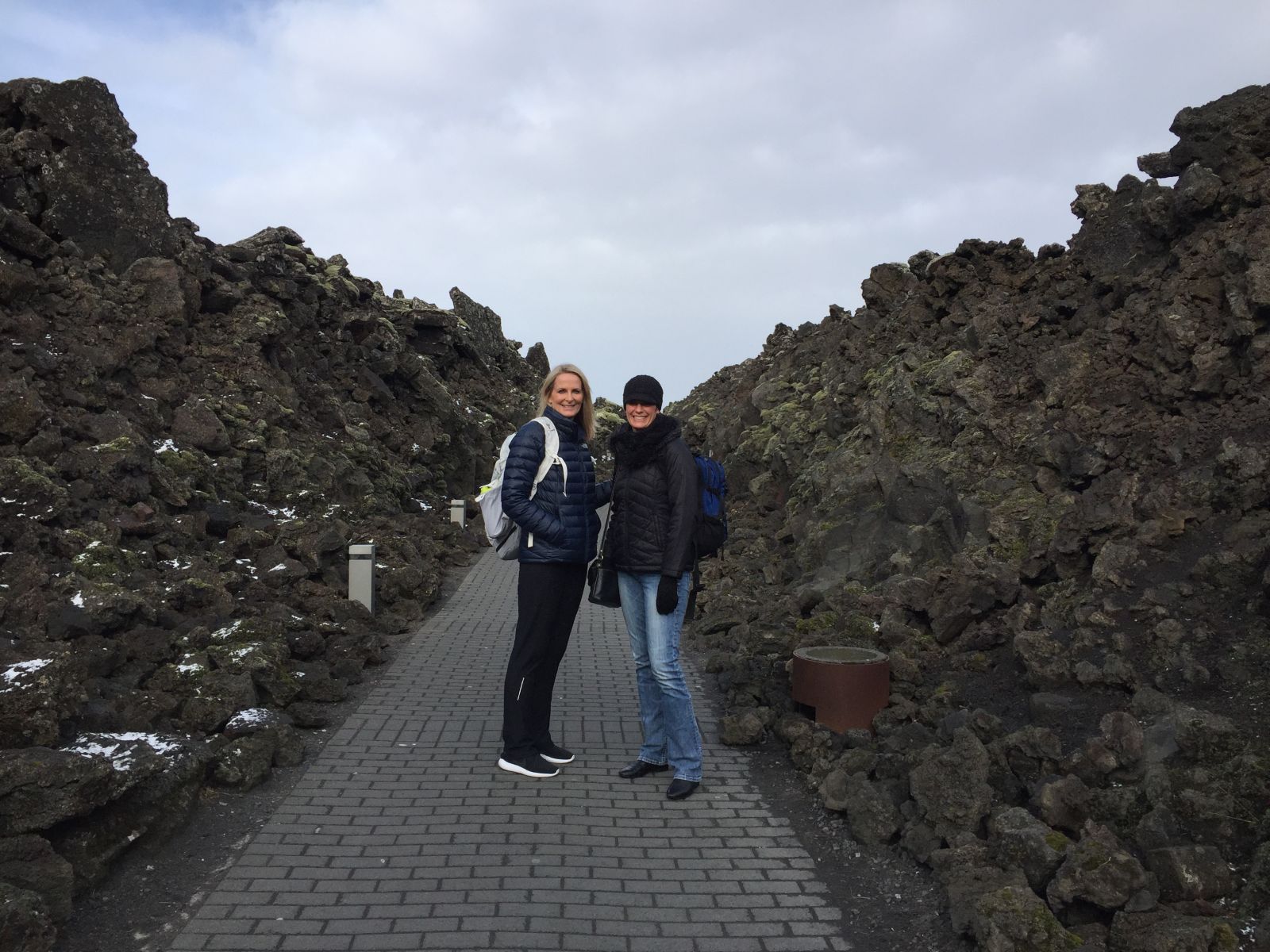 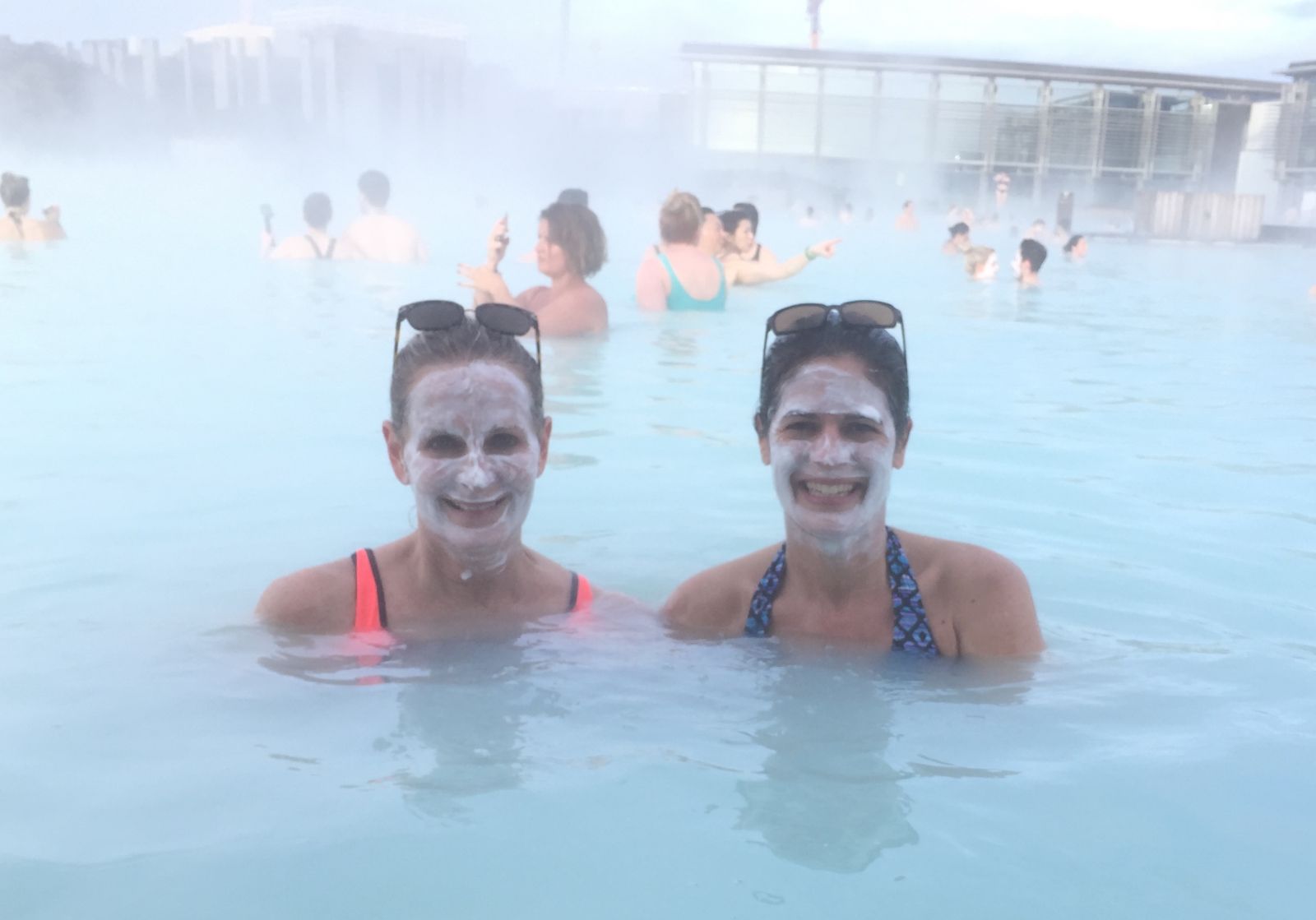 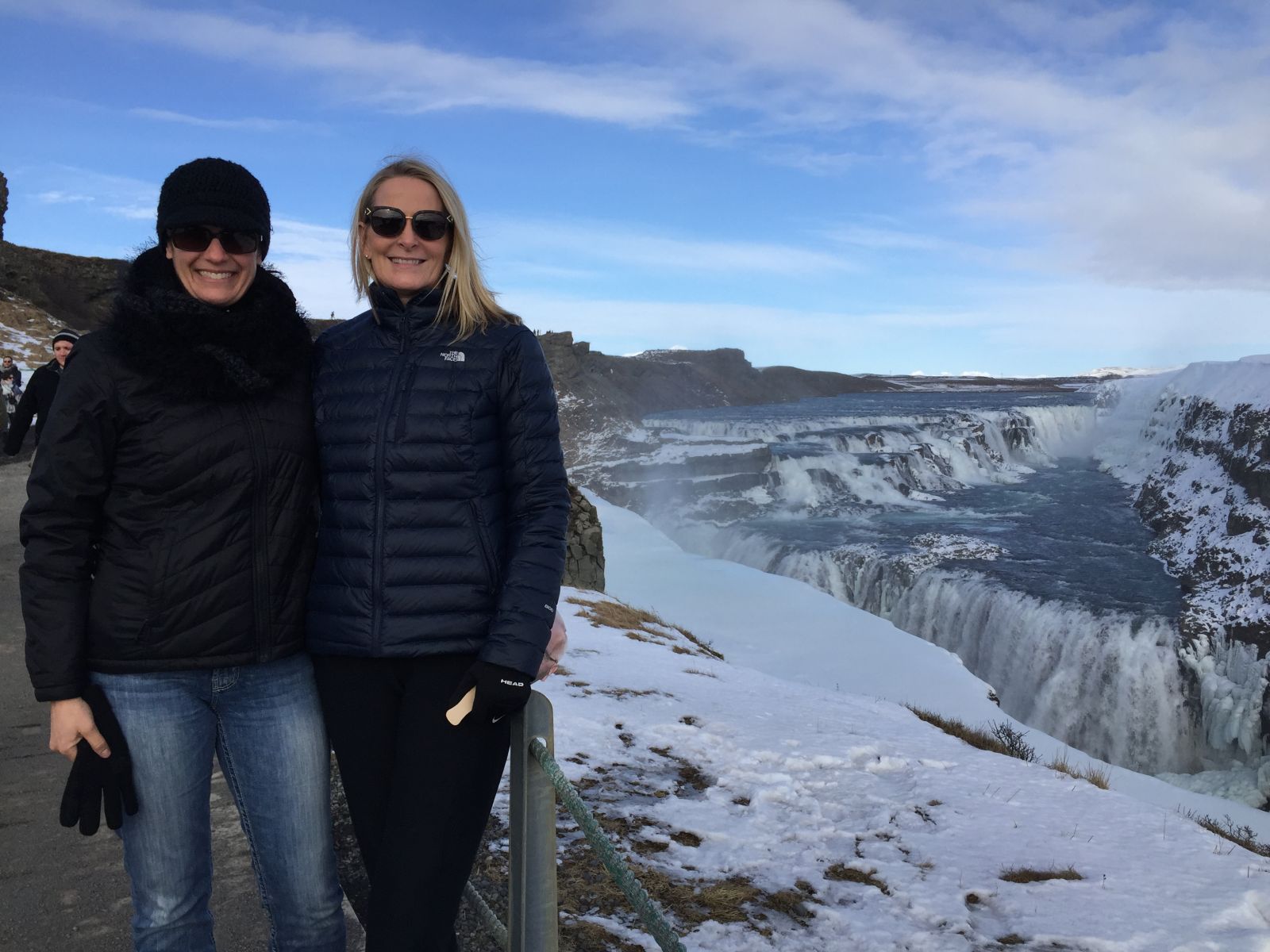 We returned just in time to check into our condo, courtesy of the great Jóhannes Árnason, change and head to the  Valur / Skallagrimur game to watch Mia Loyd (North Dakota) as she led Valur to victory  Then on to  Starjnan / Grindavik game and watch my girl Danielle Rodriguez (Utah) do her stuff!  Starjnan didn't get the win but great to see both my girls on the court! 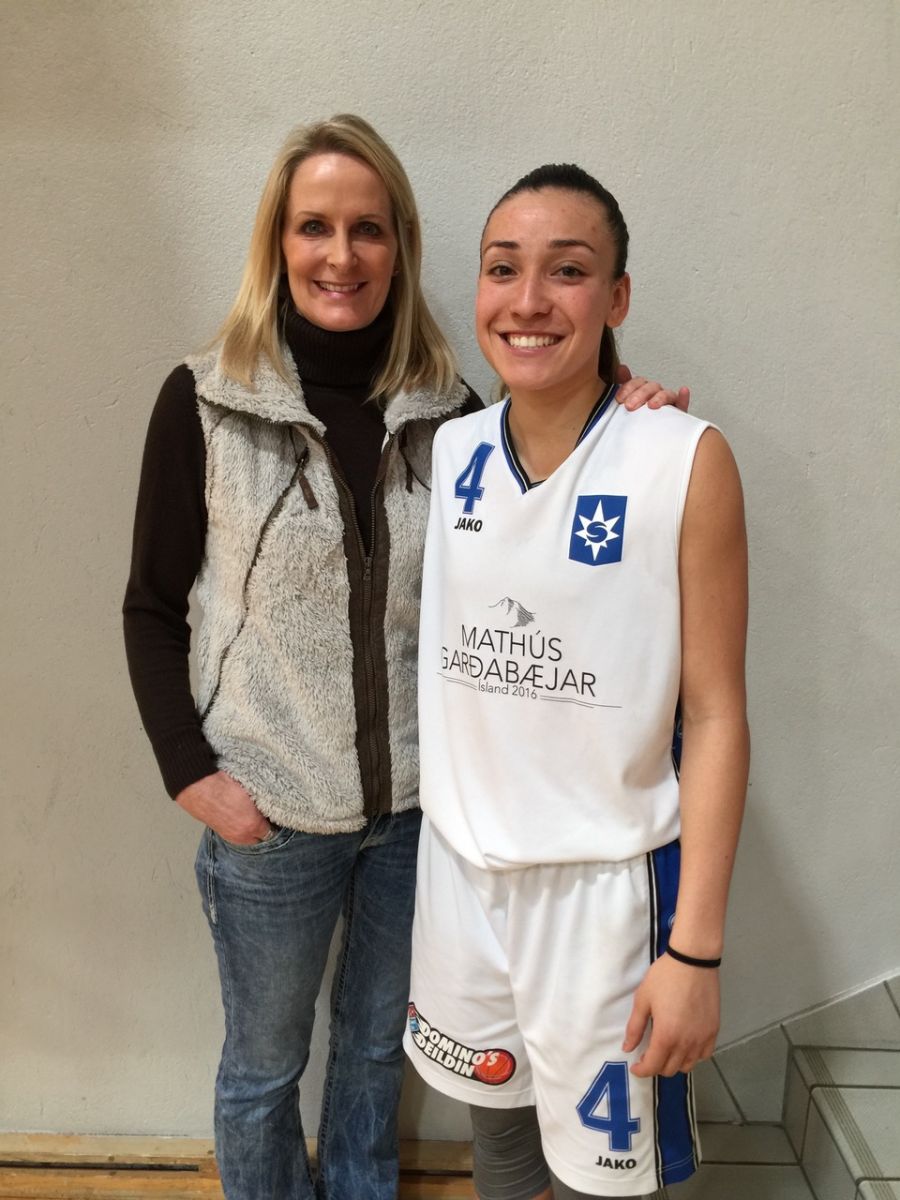 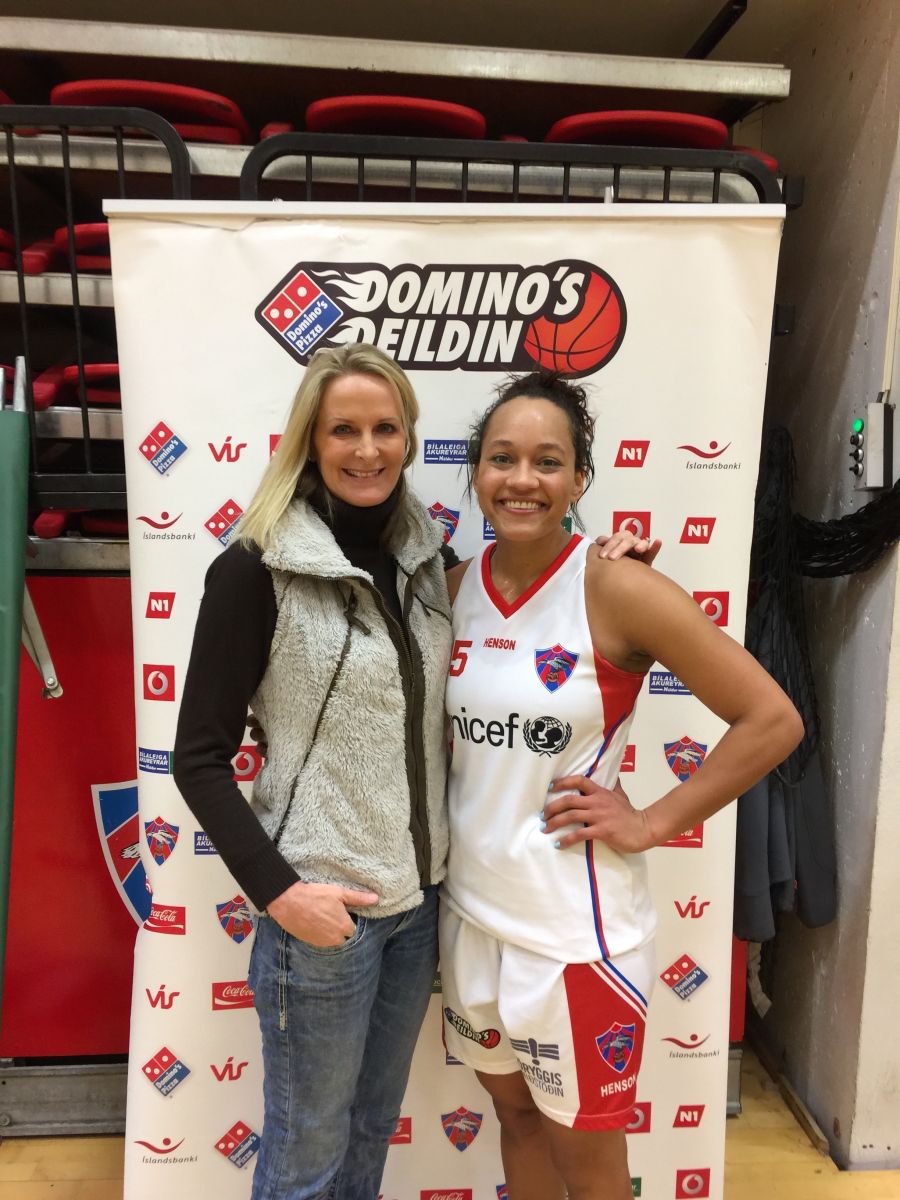 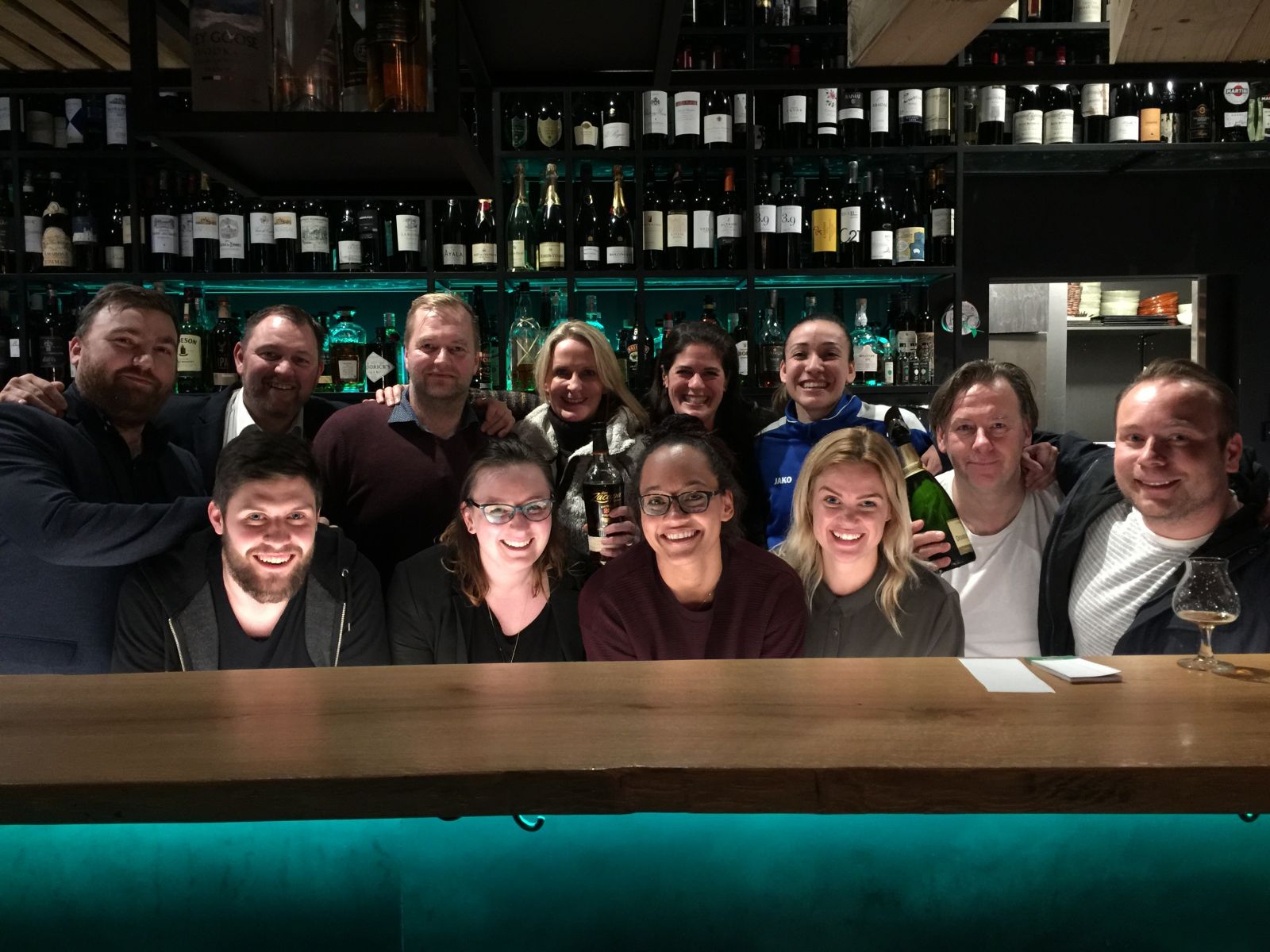 One of the highlights of the trip was the wonderful dinner hosted by Jóhannes (Joey) Árnason and Gunnar Páll Rúnarsson at Port9 Wine Bar!  Great food, drinks and company...once we finally arrived, however, after walking  around in the falling snow, lost of course and previewing the same 2 blocks several times as my phone kept re-routing us...it took me a while to realize that it was re-routing us as we were no longer in wifi and had no service!!  We finally found our way by just yelling JOEY at the top of our lungs!!!  lol  We were joined by quite the crew:  Jóhannes Árnason, Gunnar Páll Rúnarsson, Ari Gunn, Hrafn Kristjánsson , Bryndis Gunnlaugsdóttir, Finnur Freyr Stefánsson, Heiðrún Kristmundsdóttir, Pétur Már Sigurðsson, Kristy Asbell an 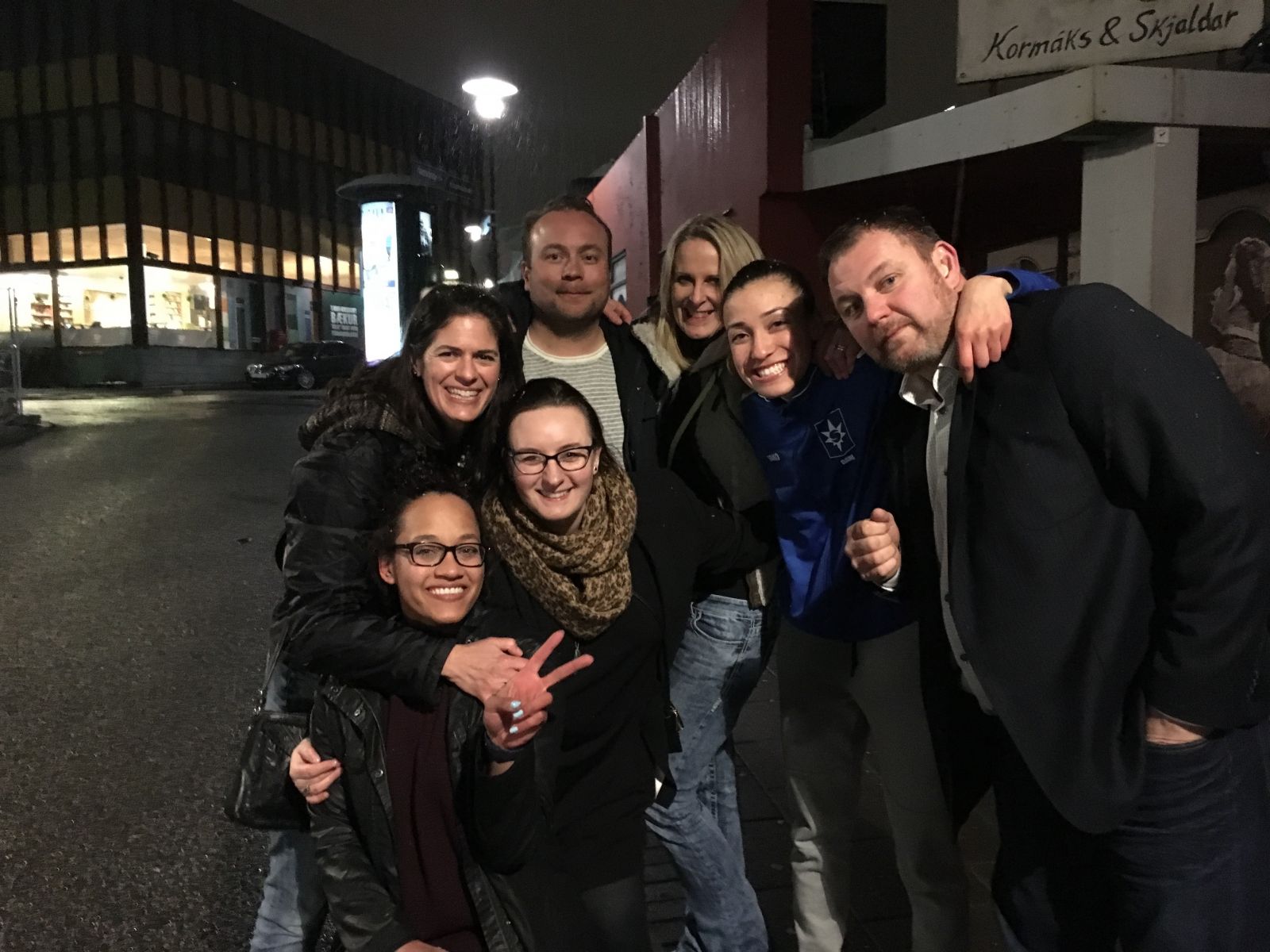 d of course my girls Danielle Rodriguez and Mia Loyd!!  I had to list them all  because it was such a fun night and I wanted to try and spell all those names with all the vowels!!!  After dinner and a lesson in local liquor from Gunnar, Joey gave us a wonderful historical  tour of downtown Reyjkavik.  I am sure Hrafn would have joined in but he had to coach a game the next day, so he says:-)  This was my second time visiting Iceland and I highly recommend everyone try and get there as it is truly an amazing country...the people, the landscape....just fascinating in every aspect!  Unfortunately I was only afforded one full day there as I had to get to Denmark and Greece within the week! 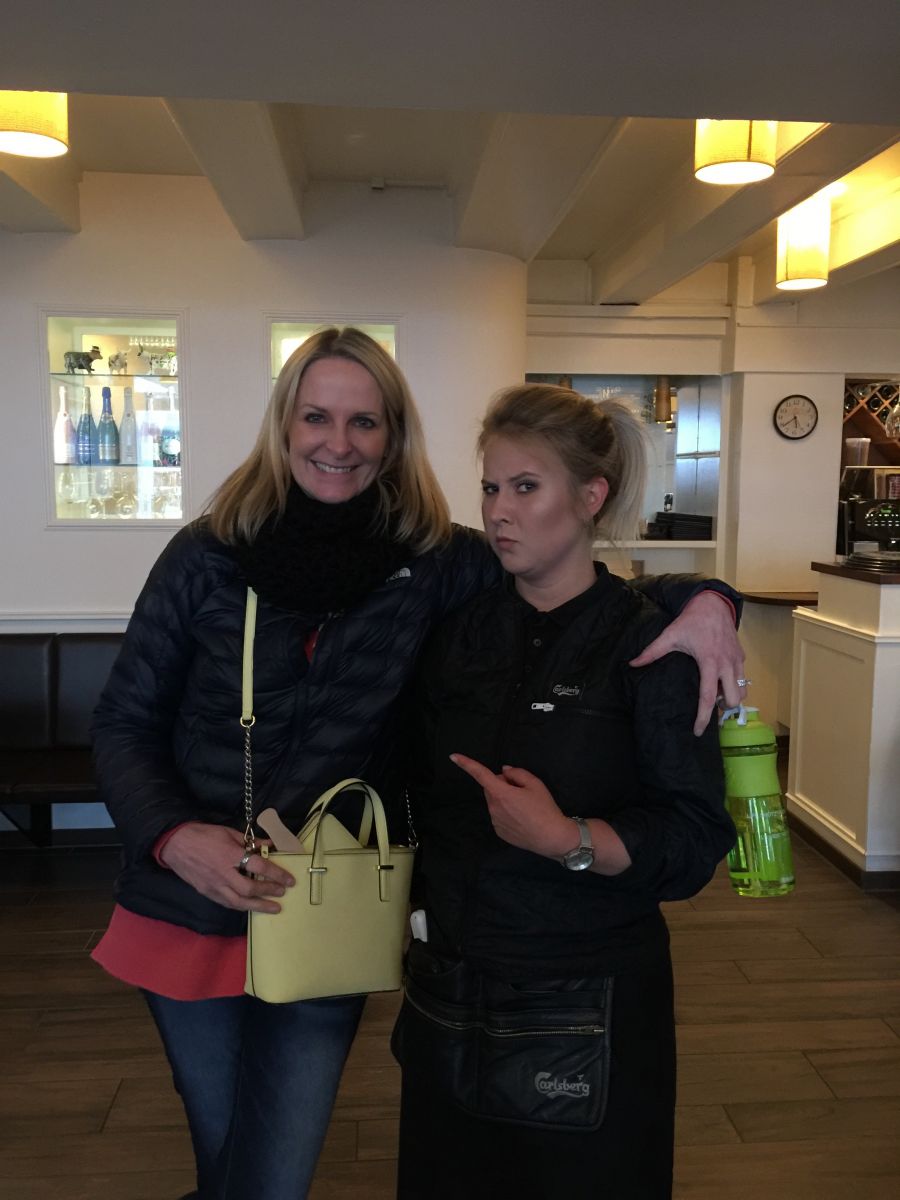 So after not much sleep, but well worth it, Kristy and I packed up and headed to the airport on our way to Denmark!  Not really understanding the process of filling up the car as gas stations only seem to take debit cards...and you have to put in the amount prior to gassing up and it is not 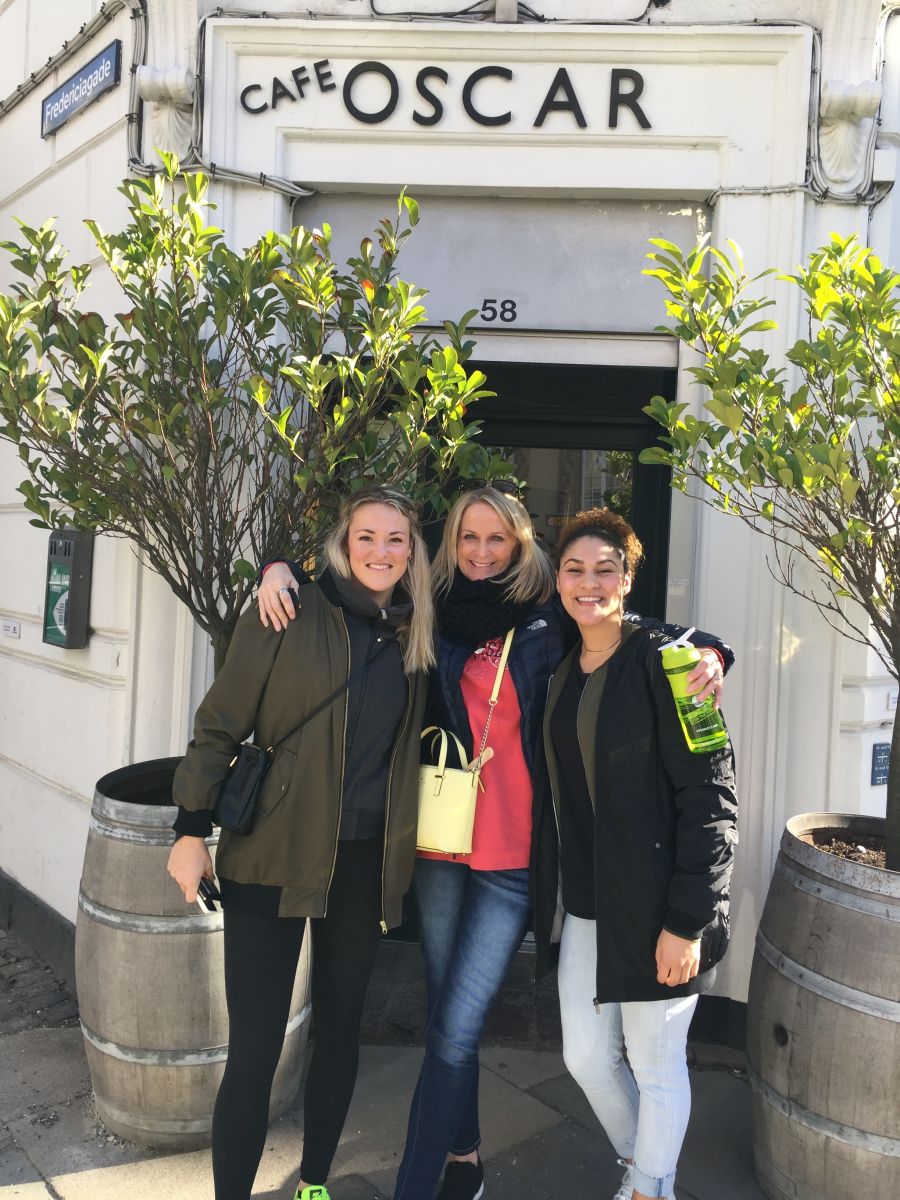 anything us Americans understand (euro's and liters) it took me a few times!  We landed in Copenhagen and got all checked in...then went for a wonderful dinner in Nyhavn where Kristy bought me dinner for my 30th birthday!! :-) 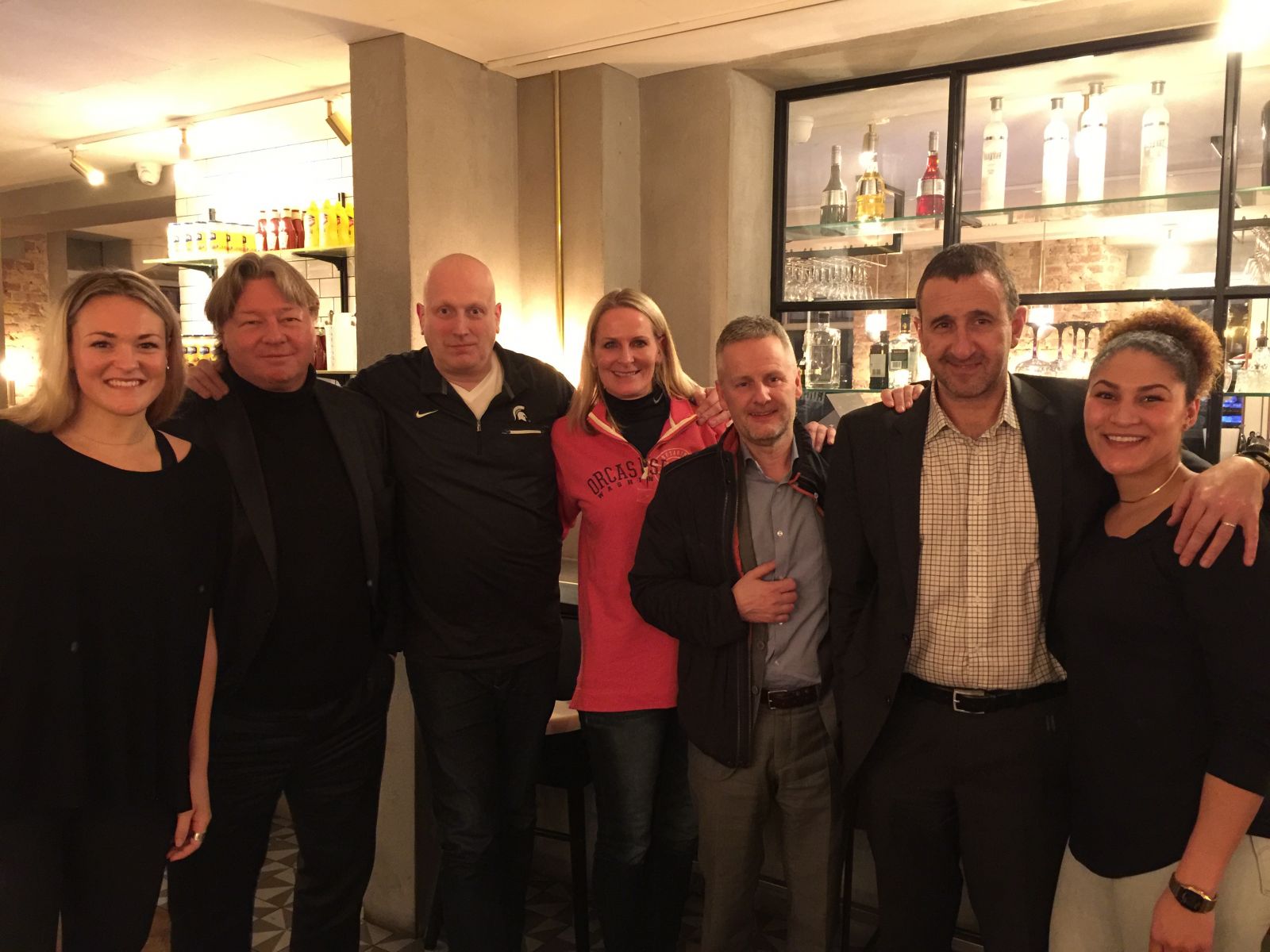 (Let's go with that!!!)  Even better than dinner was our server Amy Schumer (guess the movie world isn't going so well...!)  OK...it wasn't Amy but holy...she could be her double!!!  After doing the tournist stuff...Queen's Castle, changing of the guard, etc...we met my girls Kama Griffitts (Arizona) and Jazmine Redmon (Gonzaga) for  lunch at Cafe Oscar!  The girls showed us around "their city" with trips to Nyhavn and the Little Mermaid and then off to dinner at Cocks and Cows. Please remind me next time I visit my girls in a foreign land to not ask them for recommendations for food!!! 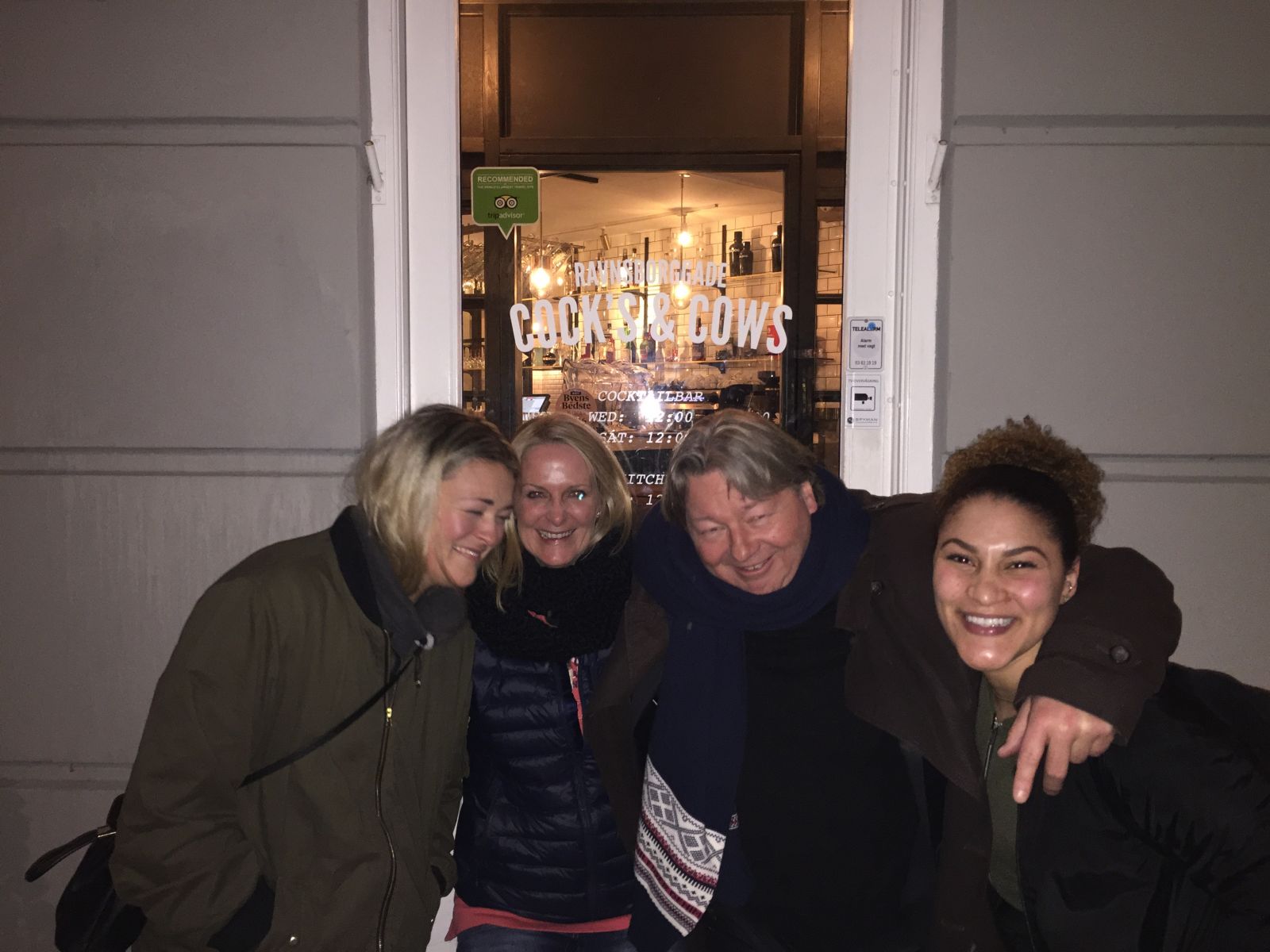 Seriously they took us to a hamburger place!!  Good thing we were there for the company and not for the food!!  Was great to have Morten Thomsen & Jim Jabir from SISU and Peter Kjoller & Mogens Tygesen from Stevnsgard join us!  (Yes I combined competing teams!!)  Peter then took Kristy, me and the girls to experience the local flavor...great fun visiting the local establishments then off to bed...apparently Kama and Jaz finished their night with another burger at of all places... MCDONALDS!! Not sure if that was fun for them but just glad I was already sound asleep in my hotel:-)!!!! 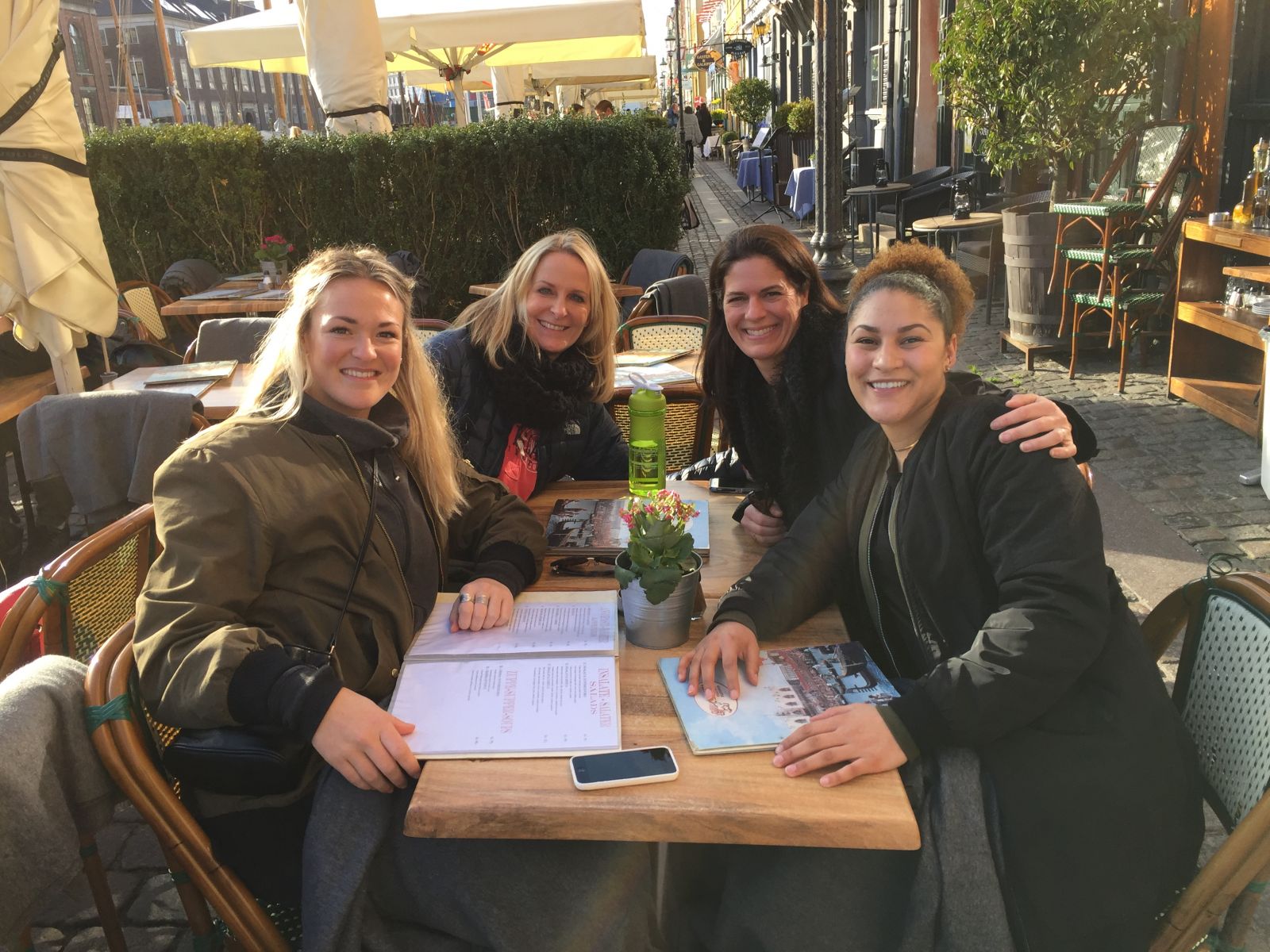 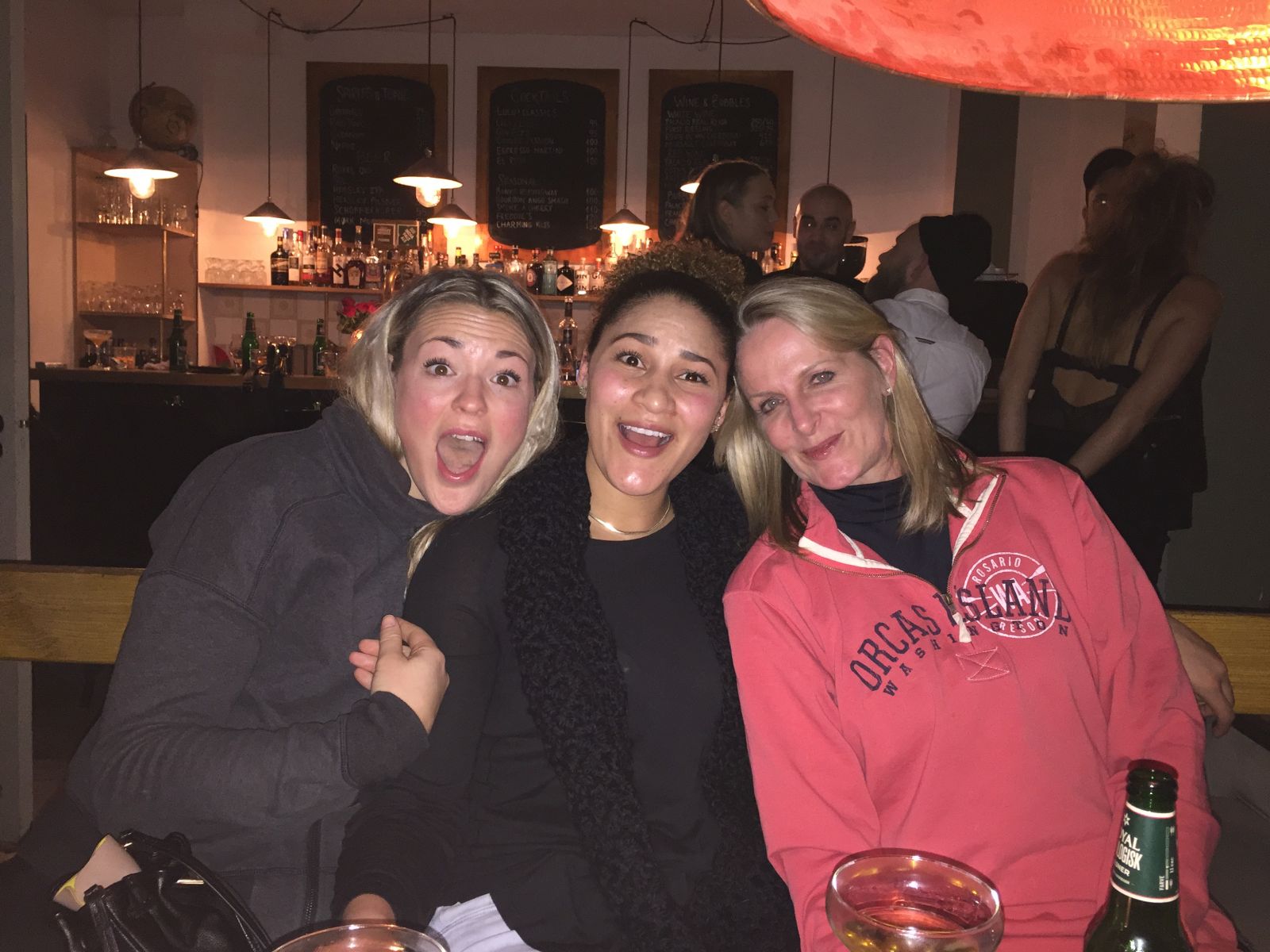 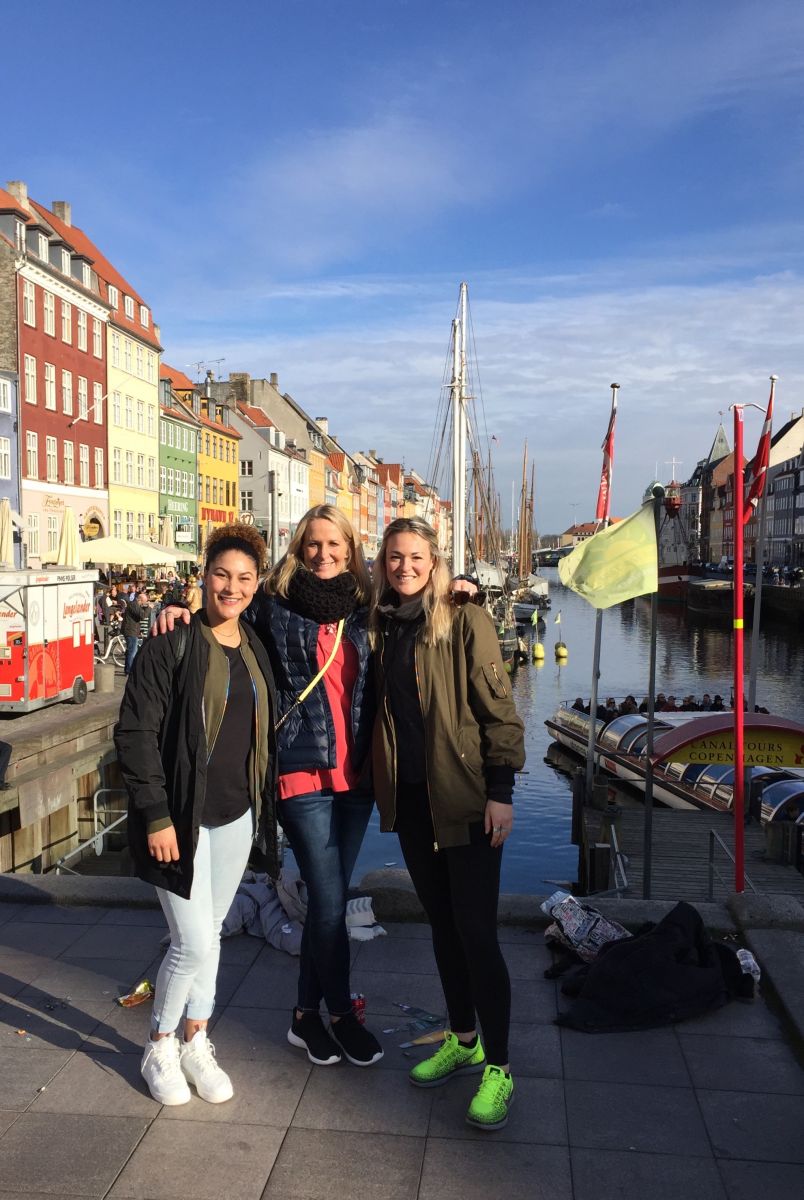 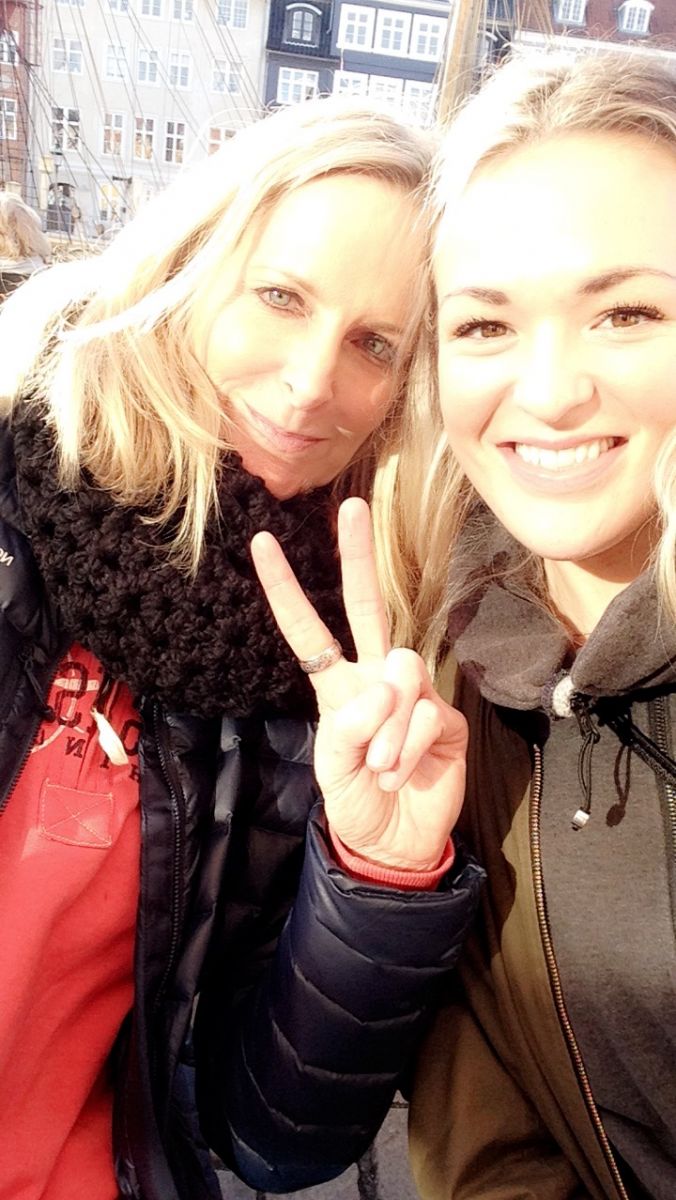 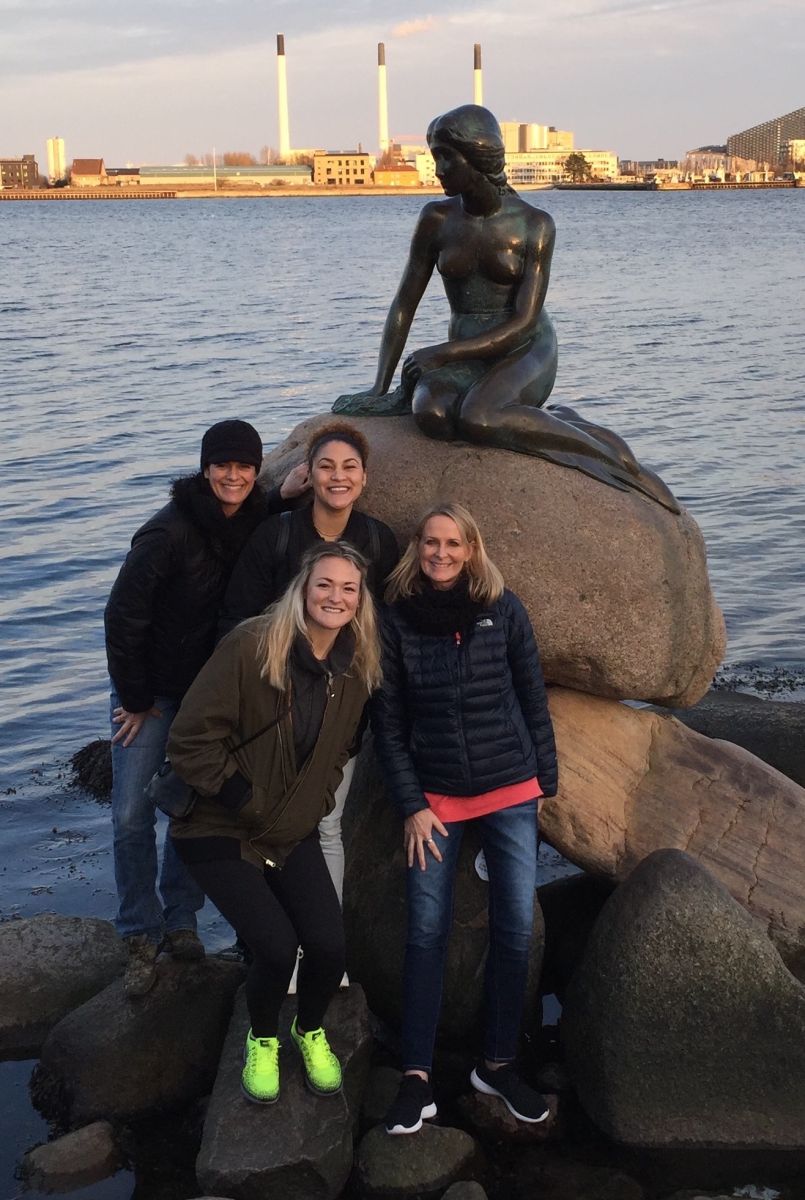 On to Athens for the Greek Cup Finals!  Kinda a crazy day as we landed at 3:30 and they changed the game times so I ended up missing the first game 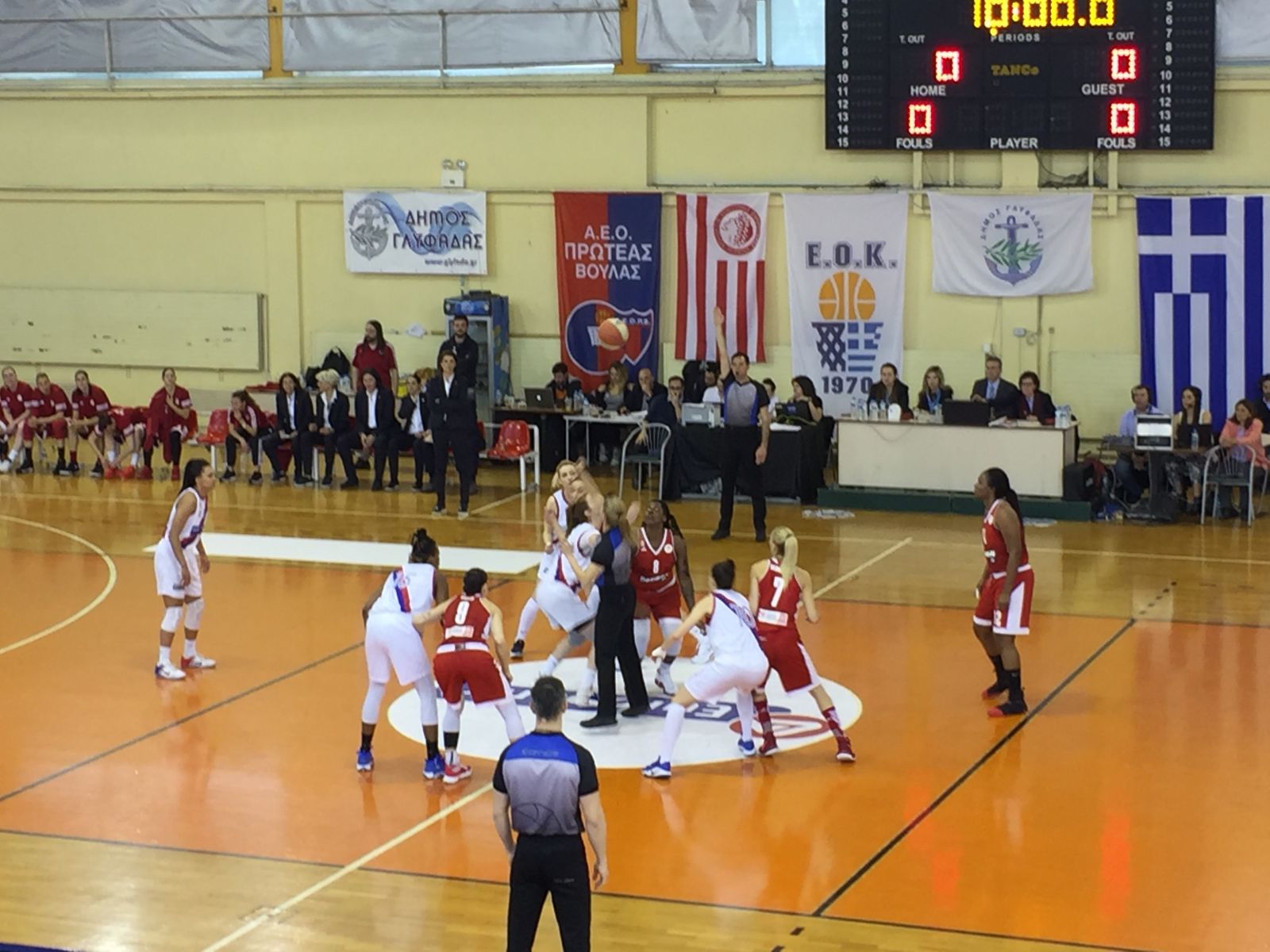 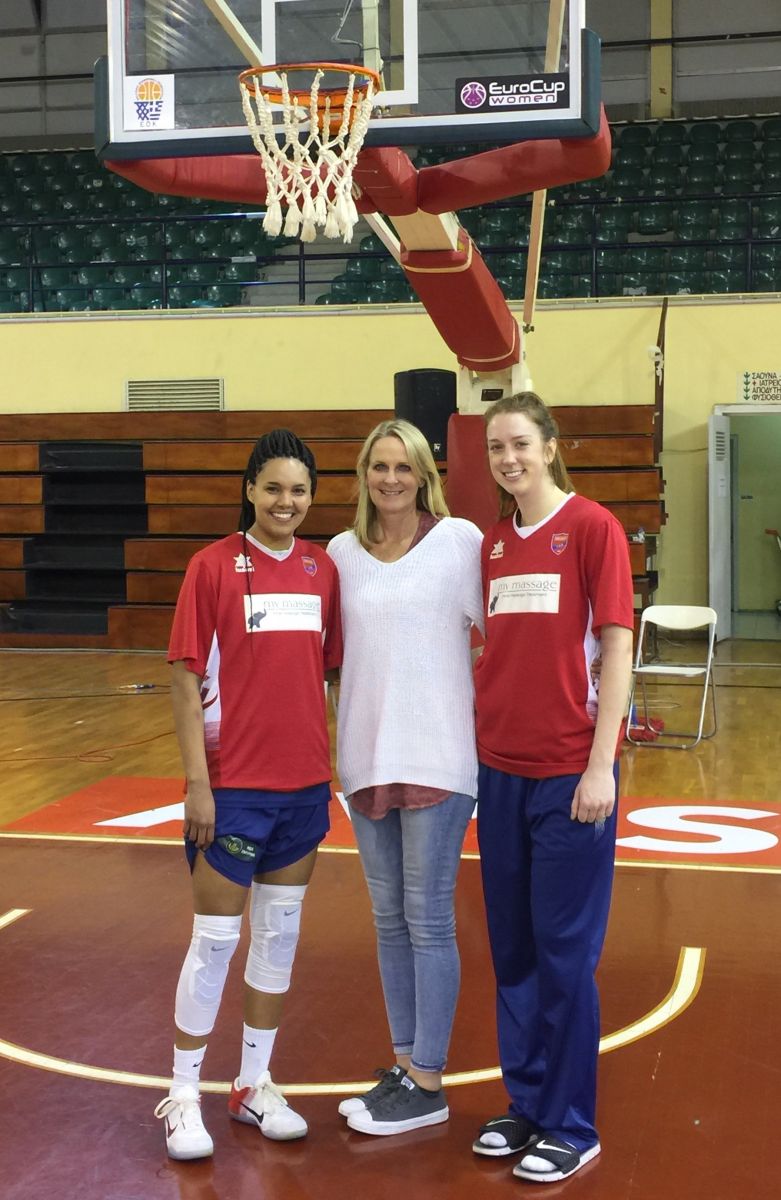 Sarantos Michalarias with Panathinaikos was kind enough to pick us up at the airport and take us to get checked in at the New Hotel in Syntagma...highly recommend this hotel for location as well as quality!  It is very close to all the sites (the Parthenon & Panathenaic Stadium) and a block away from Plaka District (great food and shops!)  We quickly changed and headed to the games in Glyfadas.  LyKendra Johnson (Michigan State) & Olympiacos trounced Proteas in the first game & Katie Healy (St. Bonaventure) & Lexi Petersen (Oregon) with Panionios defeated Lefkada to go to the final on Sunday!  We were treated to a fantastic Greek meal (traditional gyro) with Evi Dimitratou of Olympiacos!  I have worked with Evi for years and it was so nice to finally meet face to face!!  I had the pleasure of meeting several other coaches / managers with whom I have worked with over the years...so nice to put faces with names and experience the amazing Greek hospitality!  Angelos Giannoulakis from Panionios, Eleni Kafantari from Panathlitikos, Gavrilos Kalogerpopuos with Athinaikos, Elias 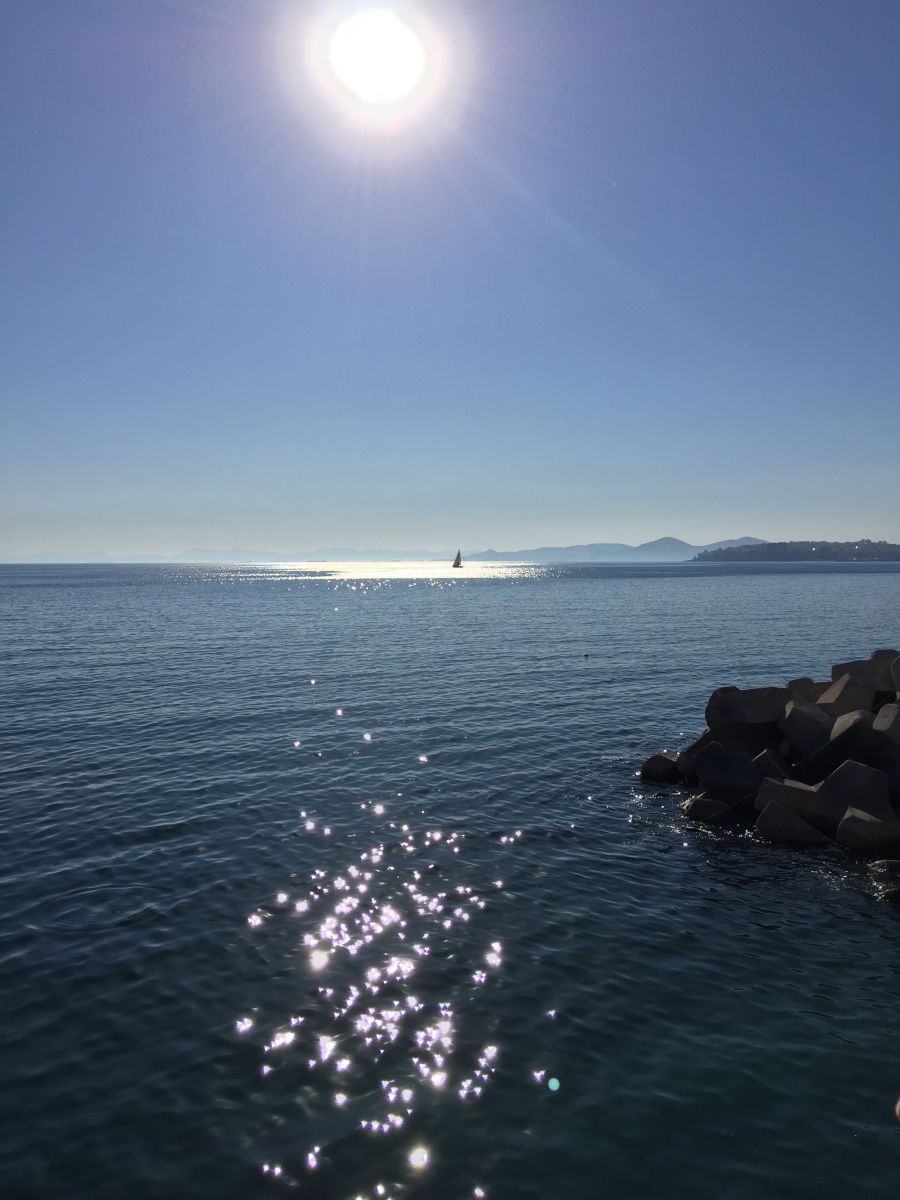 Lazaris from Niki Lefkada, to name a few!!  Unfortunately my girls from Thessaloniki weren't able to make it Athens so I didn't get to see Chelsea Jennings (Texas A&M) or Sheila Boykin (LSU) & Shamela Hampton (UNLV) had family in town but it was so great to hang with Katie & Lexi!!  Saturday started with Greeks National Indepence Day parade right outside our hotel and then we toured a few different areas on the water...Flisvos & Mikrolimanos!  Great to see more of Greece than just the city!

Sarantos & his brother Ilias Michalarias treated us to a phenomenal dinner at Diogenis in the Plaka on Saturday night!   I was so happy to see that Efstratios Costalas from Spartak, Russia and his beautiful bride Oksana were able to join us!  I have worked with Efstratios (Steve) for years and finally was able to meet him!!! 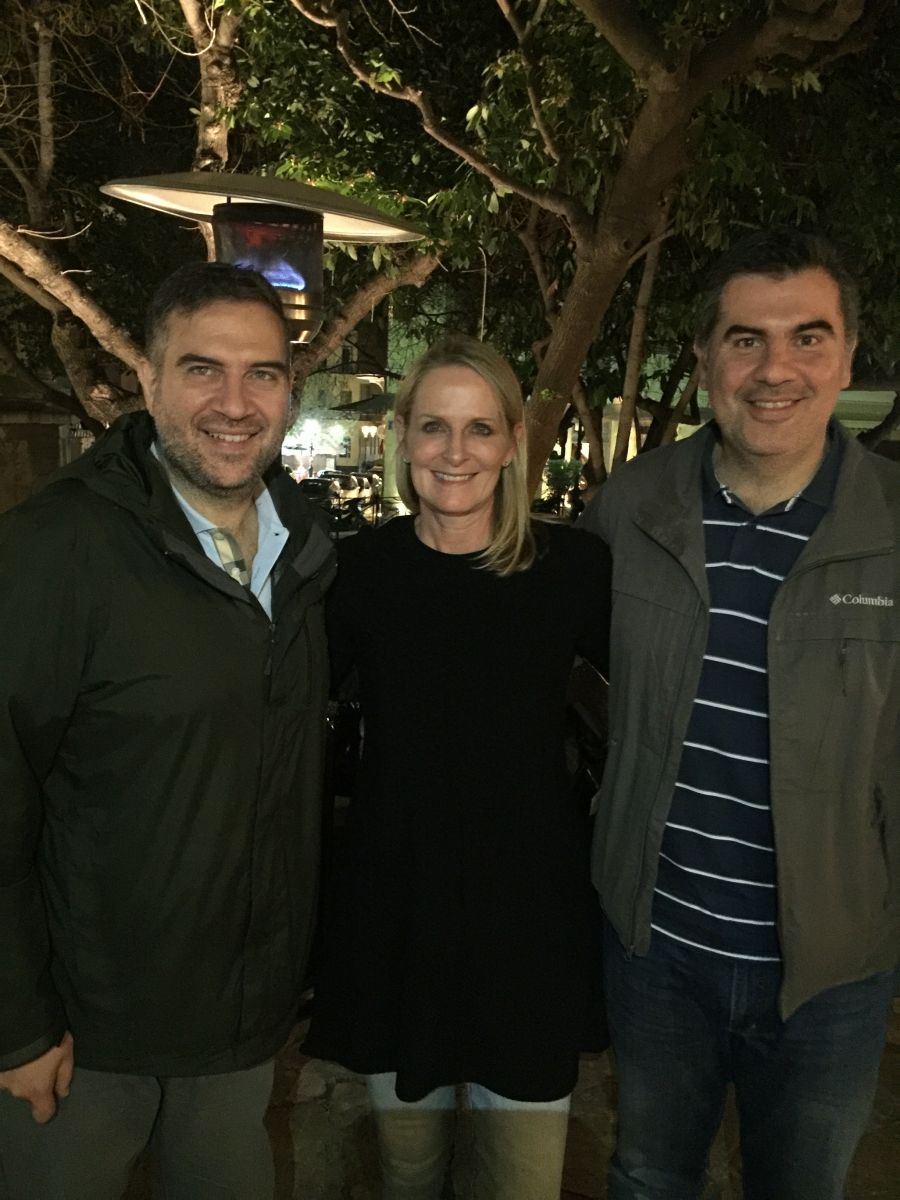 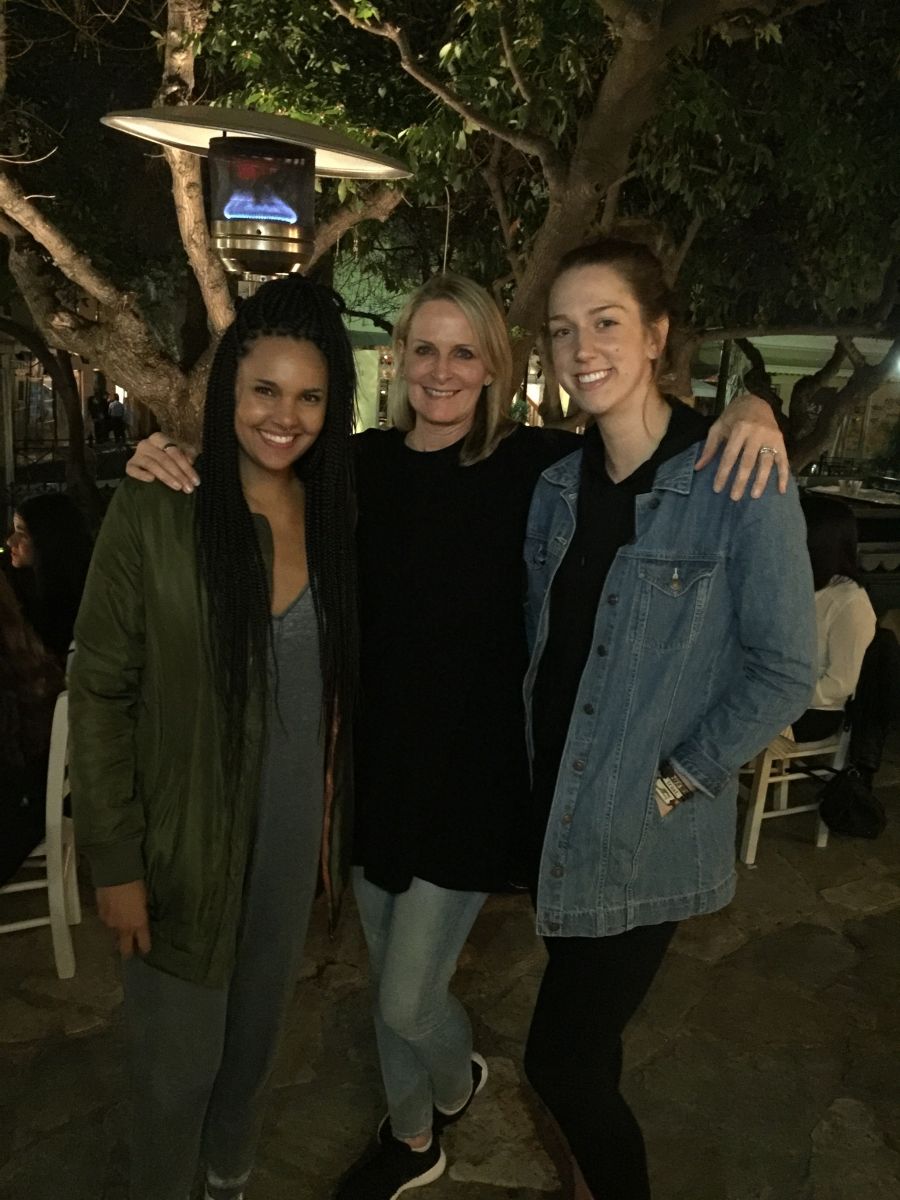 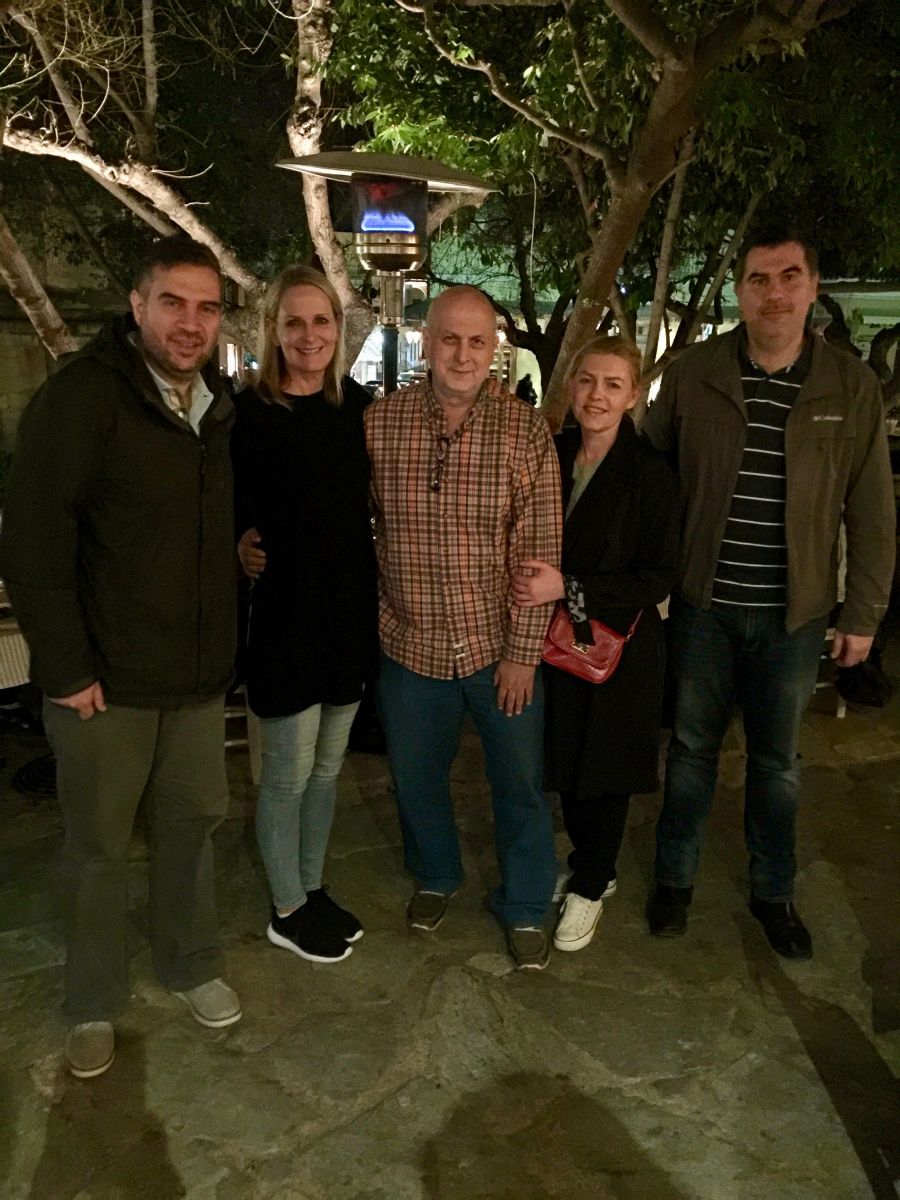 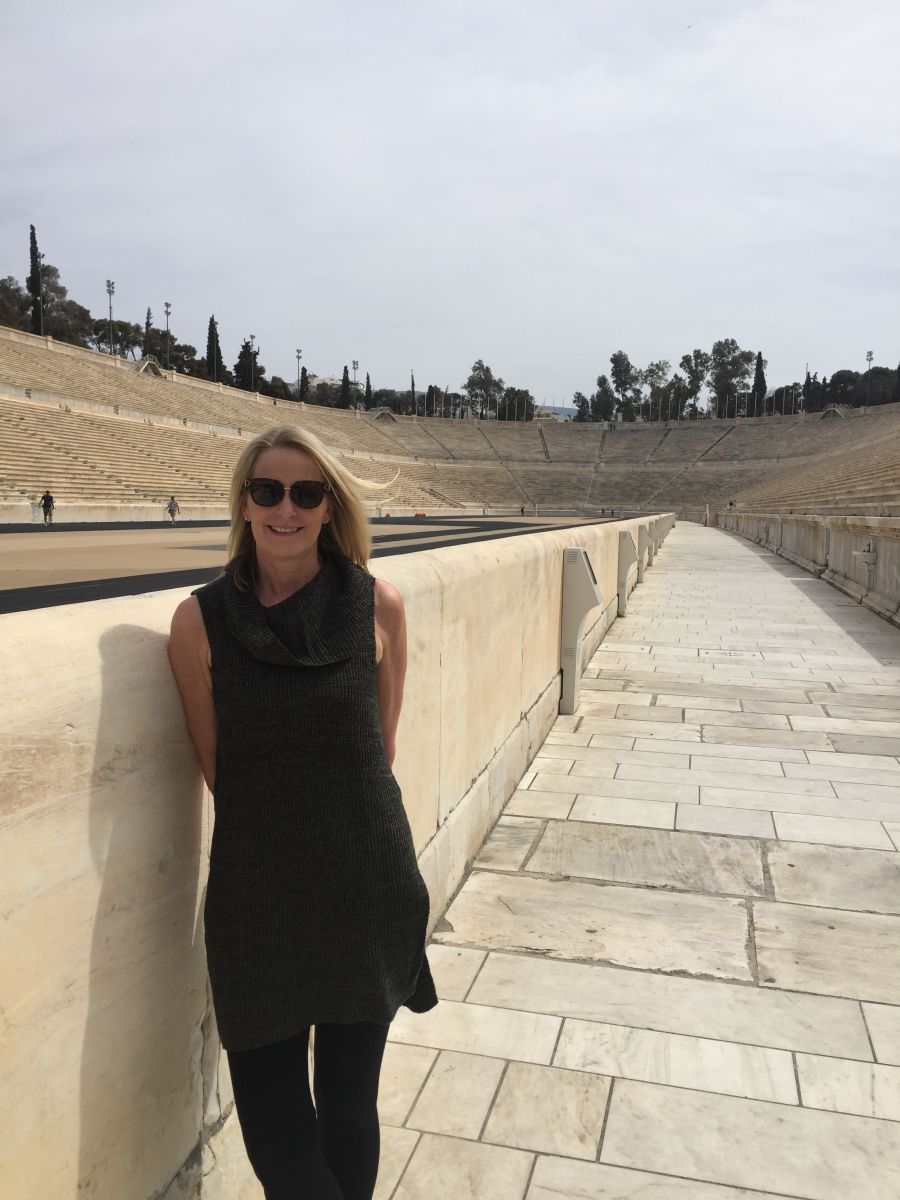 Sunday I spent at the Panathenaic Stadium where the very first Olympics took place and then off to the championship game!  Quite the game as the fans apparently aren't very keen of each other!  Steve translated for us and what they were chanting to each other was not anything I would say, let alone write in this blog!!!  The game was postponed for quite some time as a bit of a riot broke out amongst the fans....the police kept it somewhat contained but Steve got us the heck out of there!!!  Guess that happens from time to time at big games!  LyKendra & Olympiacos came away with the victory yet again which was no surprise to anyone!  Katie and Lexi gave it a good fight tho!  For our last night in Europe, Kristy and I went back to the Plaka for our last meal and some sipping of the local flavors and then to bed as we had an early flight and a long, long day ahead of us!   Thanks again to Sarantos for picking us up bright and early and taking us to the airport!! 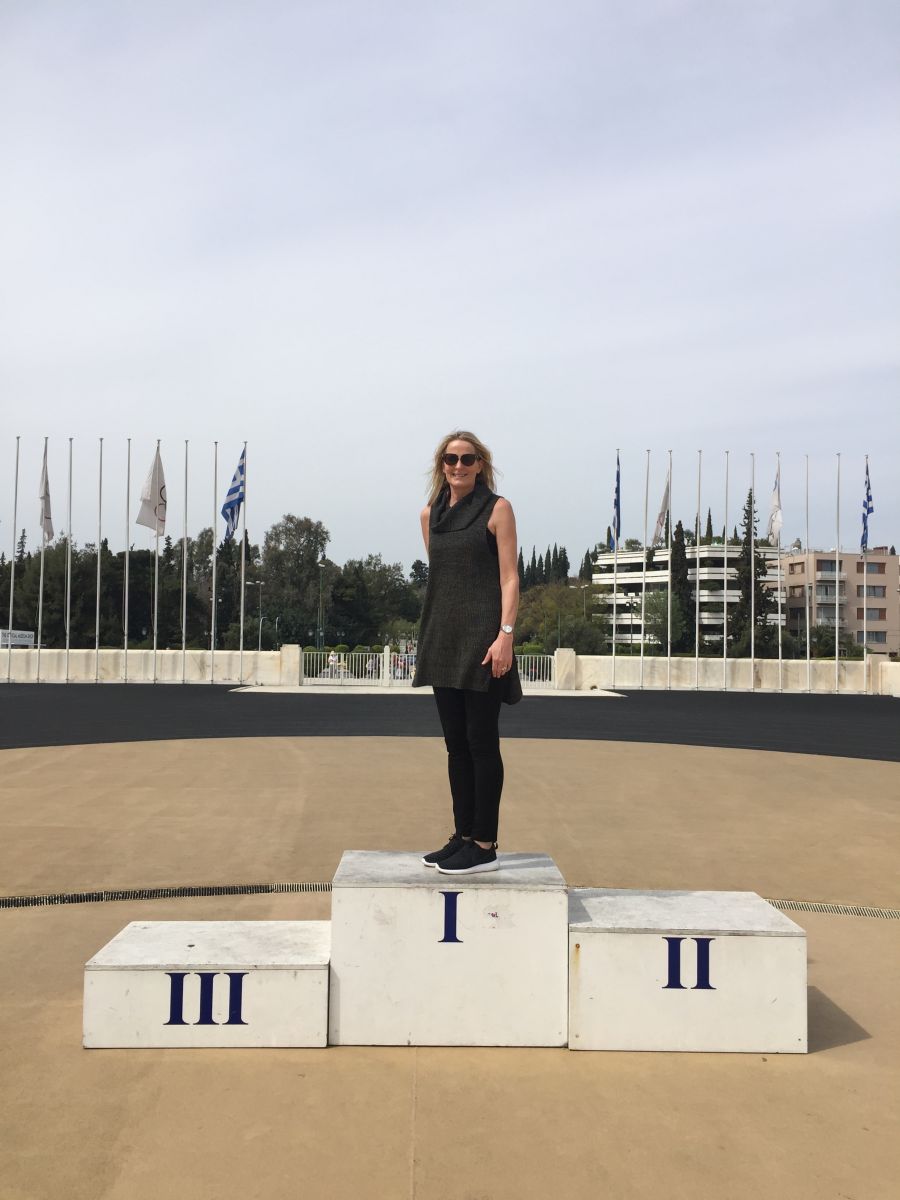 Kristy & I had a wonderful time in Europe!  Thanks again to everyone who showed us so much wonderful hospitality and love in Iceland, Denmark and Greece! Until we meet again...